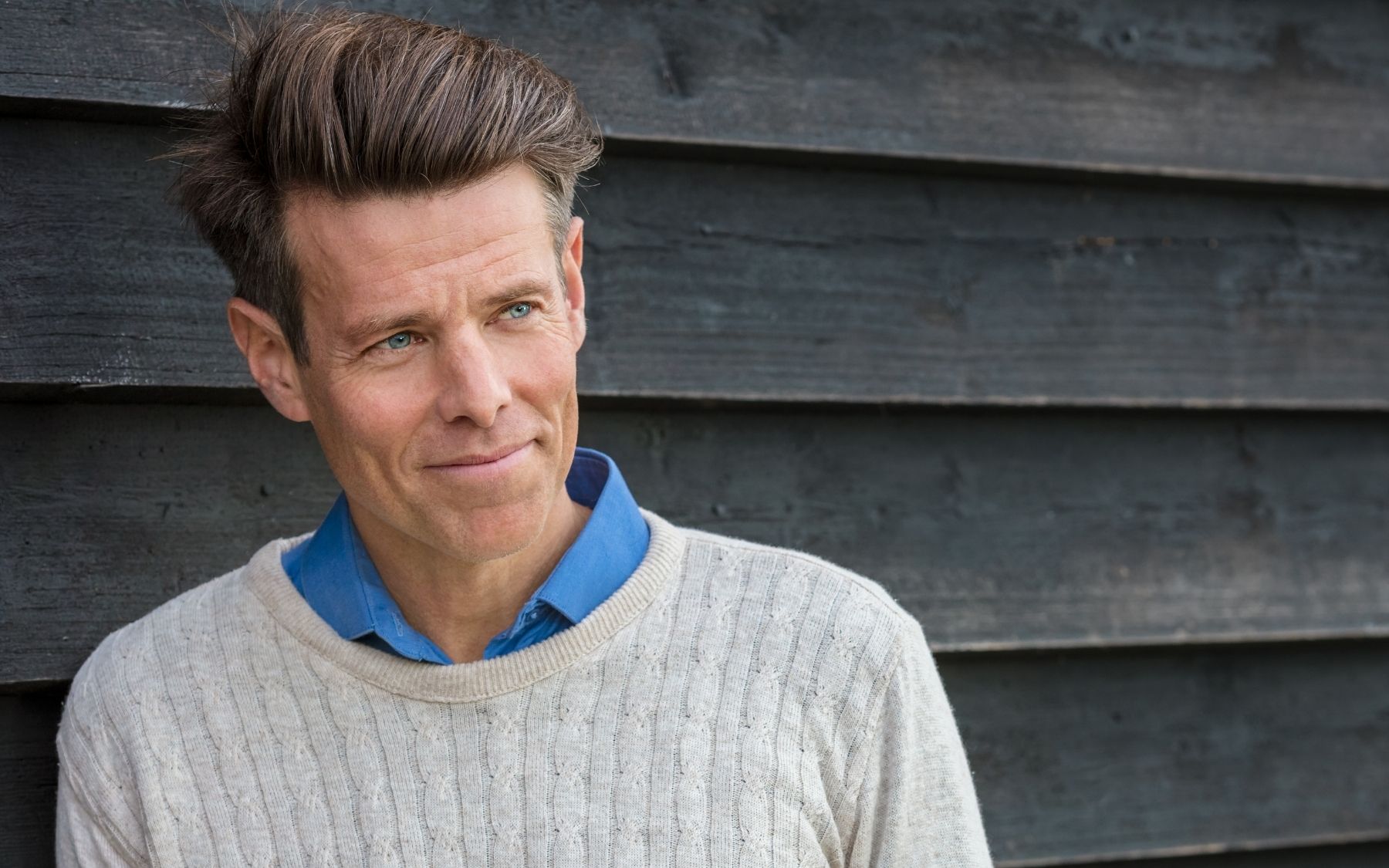 Penile prosthesis or penile implants are an excellent option when other non-surgical therapies for erectile dysfunction have failed.

Penile prosthesis or penile implants are an excellent option when non-surgical therapies for erectile dysfunction (such as tablets or injection treatment) have failed. Overall, they have a high satisfaction rate, very low infection rates, and long durability as compared to other medical implants.

However, the best results are seen with experienced surgeons in this specialist field. At London Men's Clinic we can offer you penile prosthesis surgery by one of our highly experience surgeons if you have failed all other erectile dysfunction therapies.

Who can have a penile prosthesis?

Penile prosthesis can be considered by anyone who no longer responds to medical treatments, and is fit enough to undergo surgery and sexual activity. They are particularly useful where there has been nerve injury (e.g. after prostatectomy or pelvic surgery) or penile scarring (e.g. Peyronie's disease), or where there has been vascular damage - as seen in diabetes, cardiovascular disease and trauma. If considering this treatment then both a full evaluation and pre-operative counselling with demonstration of the devices is essential. 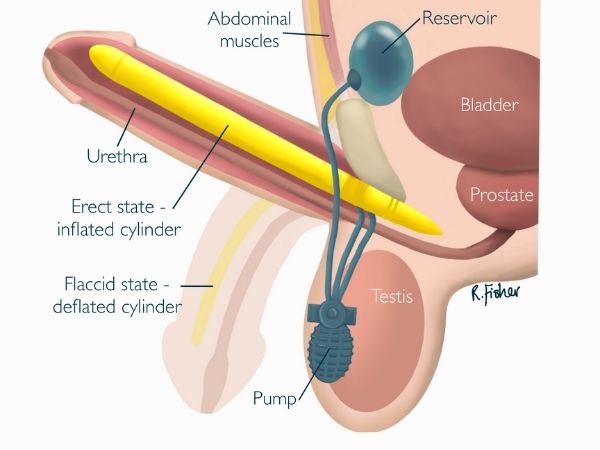 There are a number of different types of penile prosthesis, find out more below and if you have any questions please do not hesitate to get in touch.

Inflatable penile prosthesis generally carry the greatest satisfaction in terms of results, and consist of 2 or 3-piece devices filled with isotonic fluid (Normal Saline), which is pumped from a reservoir in the abdomen to the cylinders in the penis by activation of a pump sitting in between the testicles in the scrotum.

The most commonly used penile implant is a 3 piece device consisting of cylinders that are placed within the penis, a pump that is placed under the skin of the scrotum, and a reservoir that is placed adjacent to the bladder.

Options include the AMS 700CX penile prosthesis, manufactured by Boston Scientific, or the Titan Touch penile implant, manufactured by Coloplast. The 3 pieces are connected by tubing that transfer’s fluid between the components.

When a man wants to have penile rigidity, he squeezes the pump several times, and this causes a transfer of fluid from the reservoir to the cylinders leading to penile rigidity. The pump has a valve or button. When this is depressed, the fluid is then transferred back from the cylinders to the reservoir. The Coloplast and Boston Scientific penile implants are similar in overall appearance and function. 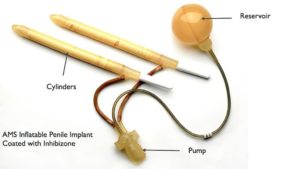 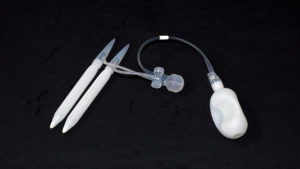 Malleable or flexible penile prosthesis are penile implants that have 2 separate cylinders that are semi-rigid. These penile implants never change in size and are similar in some ways to a goose neck lamp as the neck of the lamp maintains a certain position when not manipulated, but can be bent or straightened. The advantage of the malleable penile prosthesis is the technical ease of insertion, ease of use, and low cost. 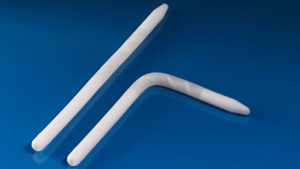 What should I expect with regards to surgery?

Before deciding on a penile prosthesis, all patients undergo counselling and training to use the device. Once patients decide to have surgery the team at London Men's Clinic discuss each case in order to ensure the best outcomes. You can be assured that the operation will be carried out by a team of specialists. Penile implant surgeries are performed under a general anaesthetic, and require an overnight stay at the hospital. Sexual activity can usually be commenced after 6 weeks.

The team at London Men’s Clinic offer a multidisciplinary approach in the management of men presenting with erectile dysfunction with close collaboration with dermatologists, pathologists and sexual health physicians. Complex cases are discussed jointly with experts in each field to ensure patients are provided with the highest standard of care.

Our doctors will talk to you through your options. 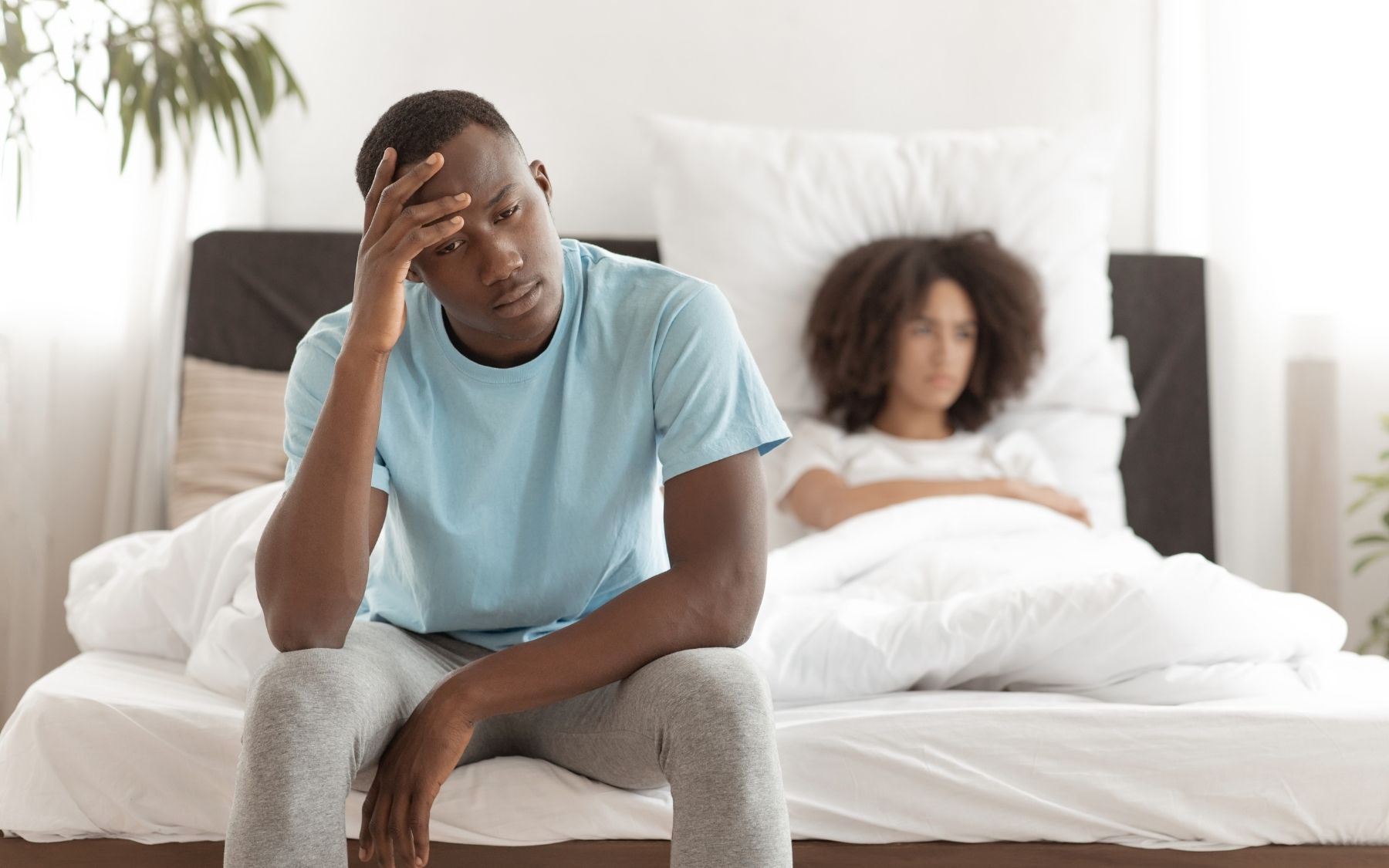 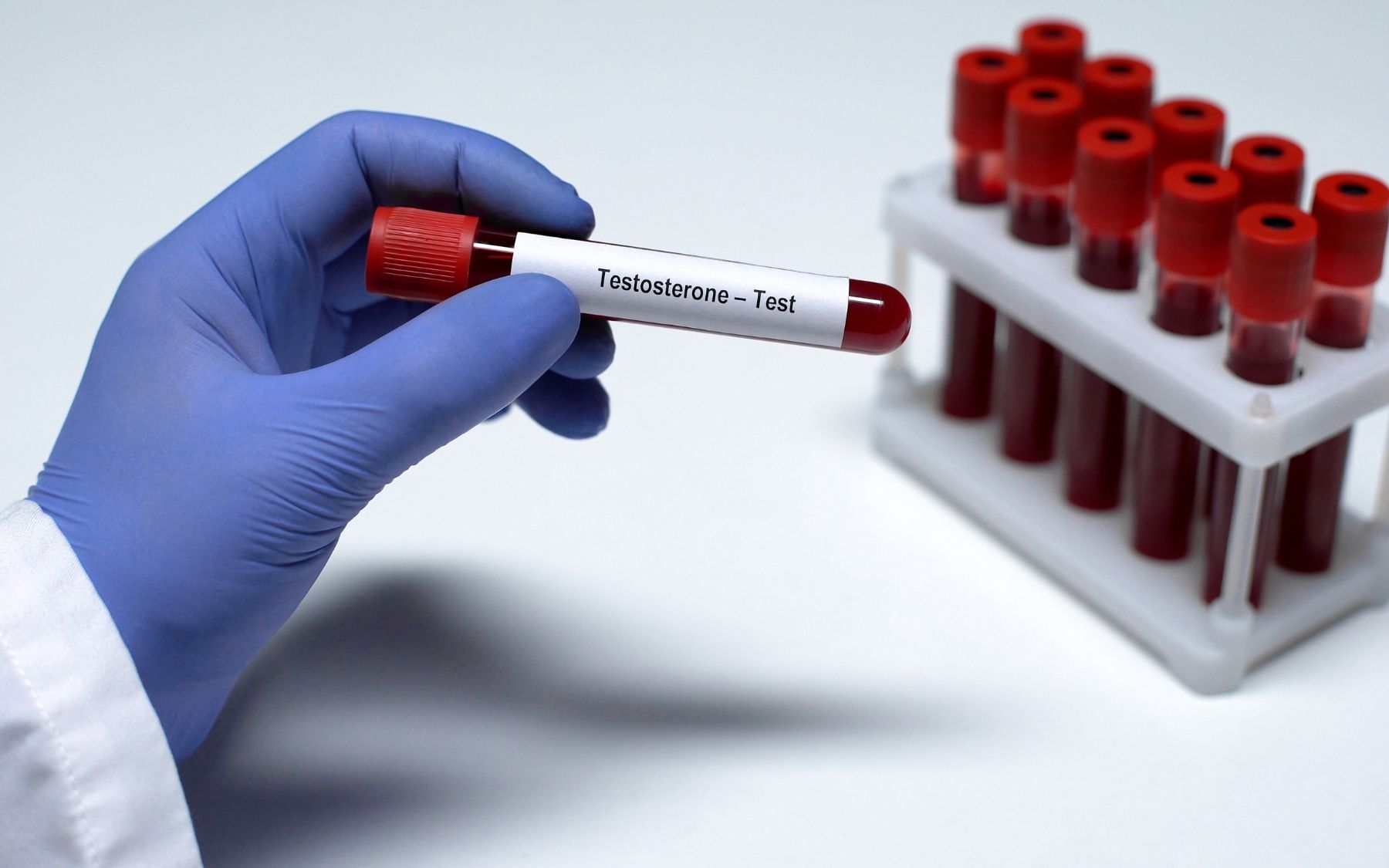 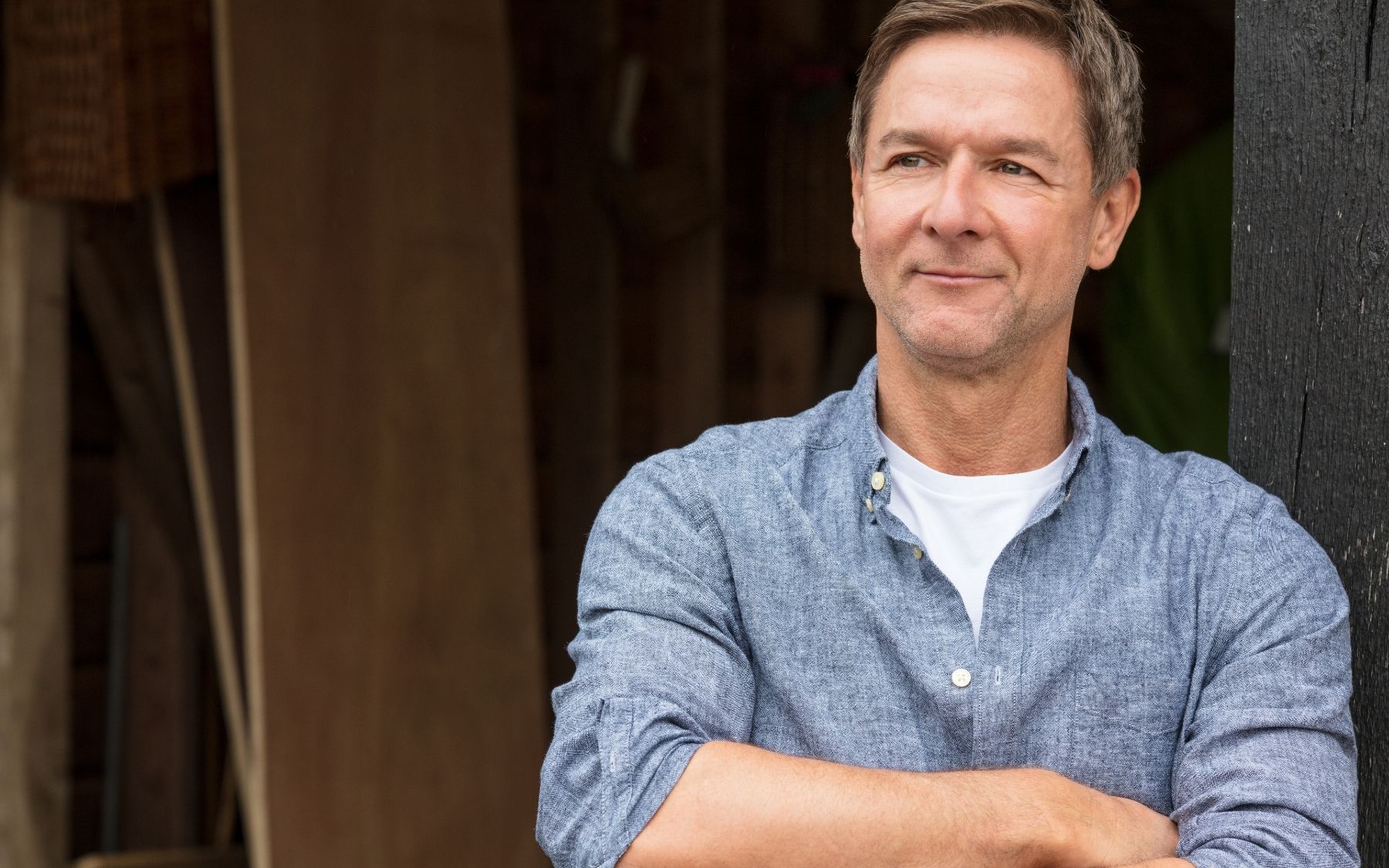 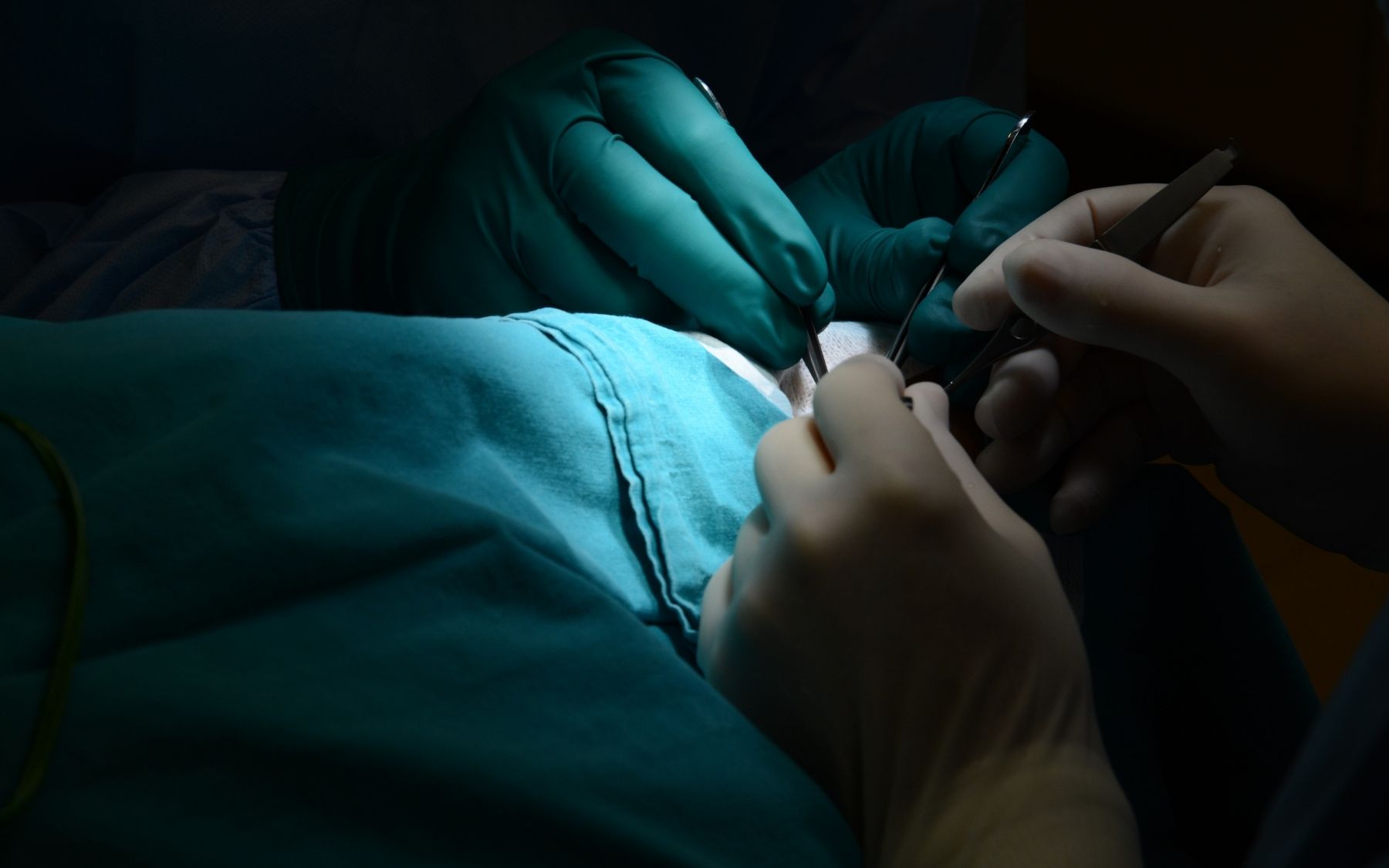 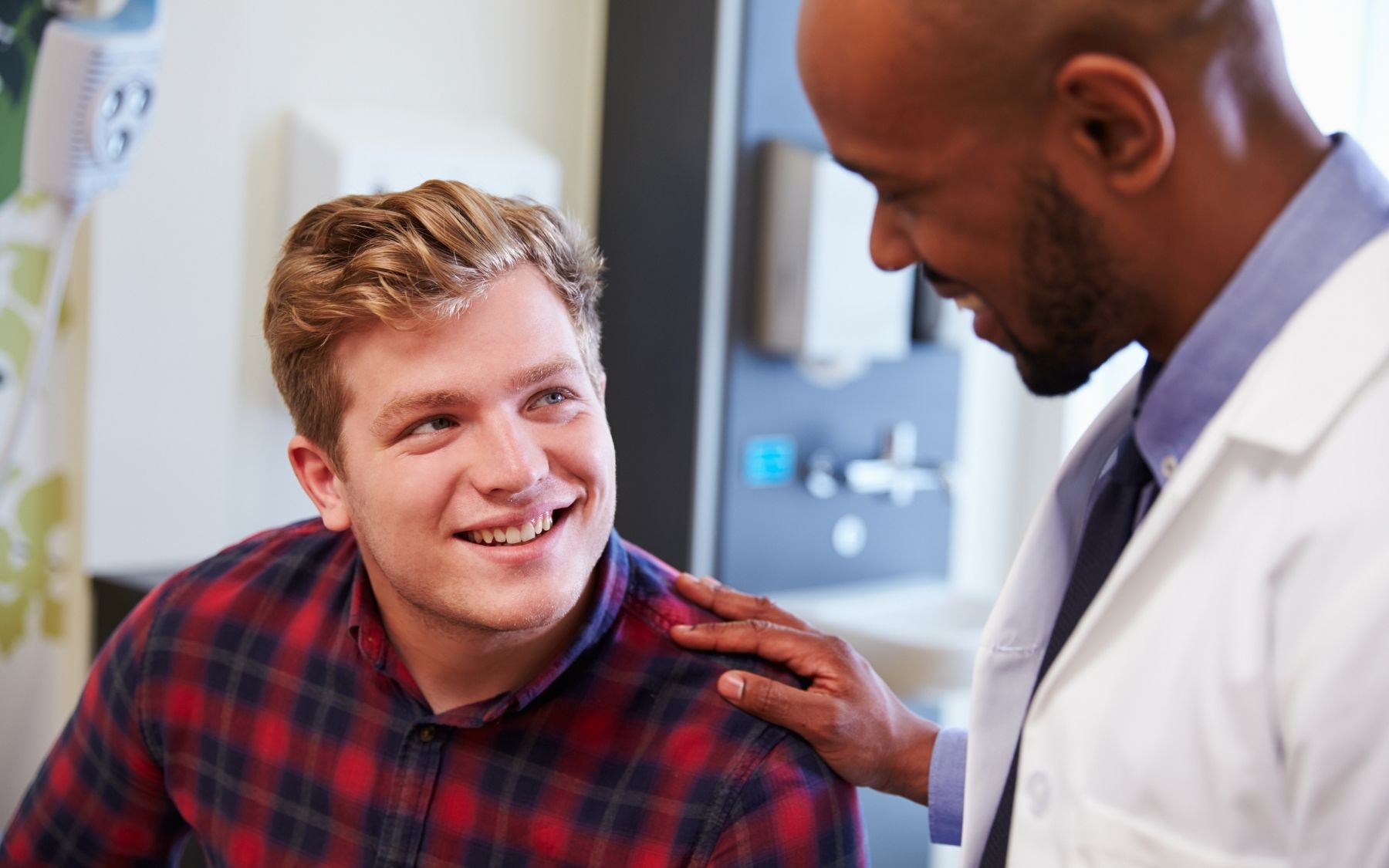 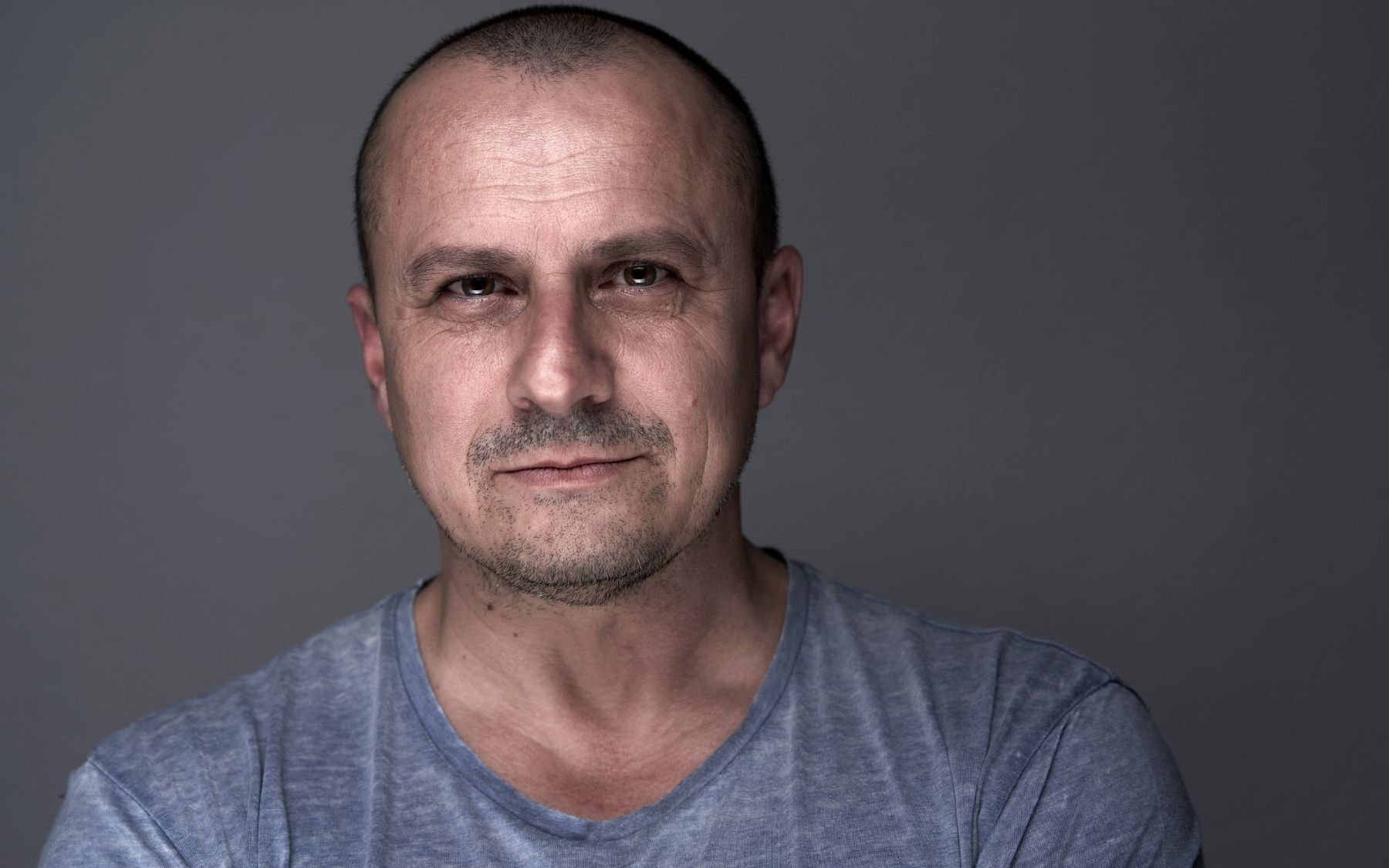 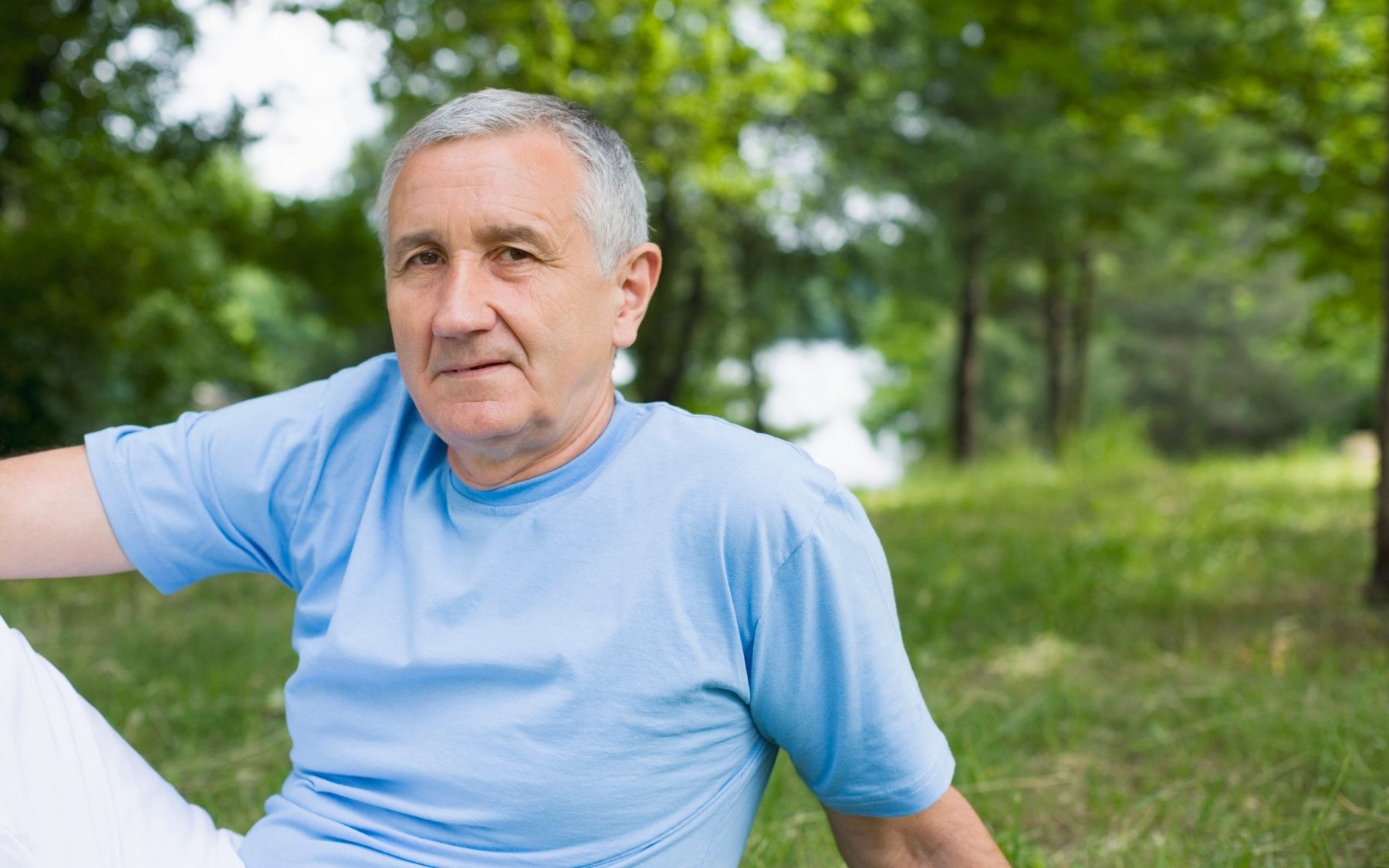