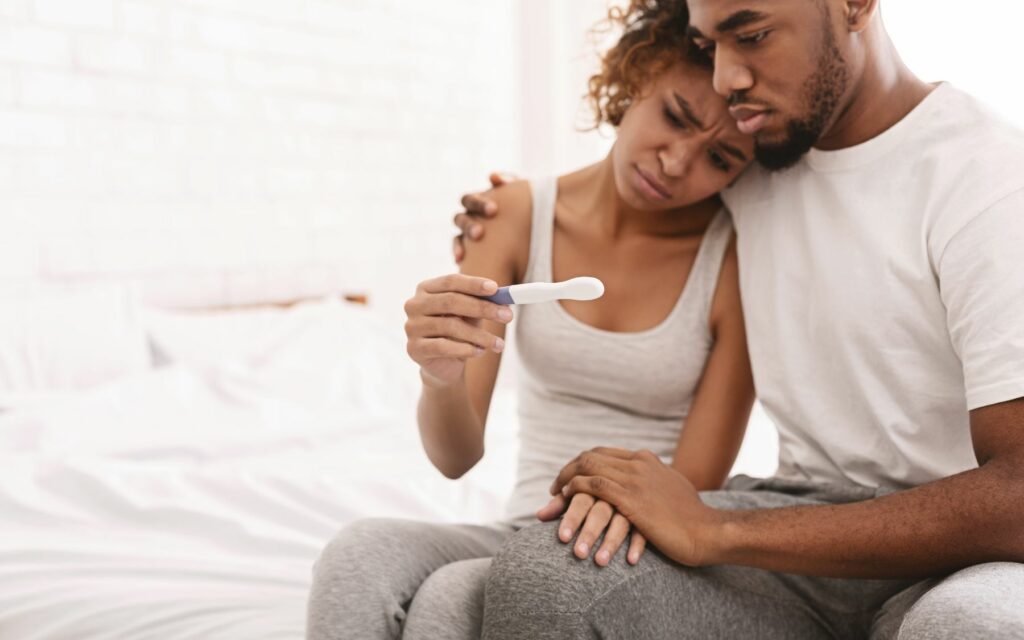 Around 1 in 7 couples may have difficulty conceiving. Around one third of fertility problems in couples originate in the woman and an estimated 7% of all men are affected by infertility.

What are the causes of male infertility?

The major causes of male infertility are:

Sperm are made in the testicles, then they spend 2 – 10 days passing through a series of small tubes called the epididymis where they mature and exit into a larger tube called the vas deferens. The vas deferens empties the sperm into the ejaculatory duct, where they are mixed with seminal fluid from the seminal vesicles and the prostate gland.

Problems with sperm numbers or quality are thought to be caused by genetic factors. Tiny fragments of the male chromosome may be missing in some men with sperm problems. This may cause:

Functional problems that can cause or contribute to male infertility include:

The levels of male sex hormones are regulated by a series of glands and their hormones. The pituitary gland in the brain influences hormone production in the testicles under the guidance of the hypothalamus. A relatively uncommon cause of male infertility is the failure to make enough of the hormone gonadotrophin.

Investigating suspected infertility requires tests for both the man and his partner. Diagnosing male infertility may involve:

To help improve your fertility, avoid:

No treatments can improve the quality of a man’s sperm. However, various techniques can increase the odds of conception using the existing sperm quality.

Many men have sufficient sperm to fertilise their partner’s eggs in a test tube, even if they are unable to do so during sexual intercourse.

The reproductive technologies available to infertile men include:

Bloating of veins inside the testes (varicocele) may impair fertility. This condition can be surgically treated.

The tubes within the male reproductive system that transport sperm may be blocked, perhaps by injury or vasectomy. In some cases, the blockage can be surgically removed and the tubes repaired.

If surgery doesn’t work, the man may undergo another surgical procedure called percutaneous epididymal sperm aspiration (PESA). Under local anaesthetic, a slender needle is inserted into the epididymis. Sperm are removed and either used immediately for ICSI or frozen for later use.

The pituitary gland in the brain releases hormones called gonadotropins, which stimulate the testicles to produce sperm. In a small number of cases, male infertility is caused by insufficient levels of these gonadotropins. Taking these hormones as medication may boost sperm production.

The man’s semen is collected, washed and concentrated, then introduced into his partner’s uterus through the cervix. This option may be chosen when:

In-vitro fertilisation (IVF) is conception outside of the human body. Sperm is collected from the man and is placed in a special incubator. The woman undergoes ovulation induction (hormonal stimulation of her ovaries) and eggs are collected. This is done through the vagina under ultrasound control.

The collected eggs are mixed with the sperm and placed in a special incubator. The fertilised eggs develop into embryos, which are then implanted into the woman’s uterus through a thin tube inserted through the cervix.

Sometimes, semen contains too few (or too few structurally normal) sperm to make fertilisation possible through IVF. IntraCytoplasmic sperm injection (ICSI) can be used in these cases.

The eggs are removed from the woman’s ovaries and each is injected with a single sperm. The fertilised eggs develop into embryos that are transferred into the uterus at the appropriate time.

If you wish to see our specialists for infertility, please contact us to organise a consultation. You can also find out more here.